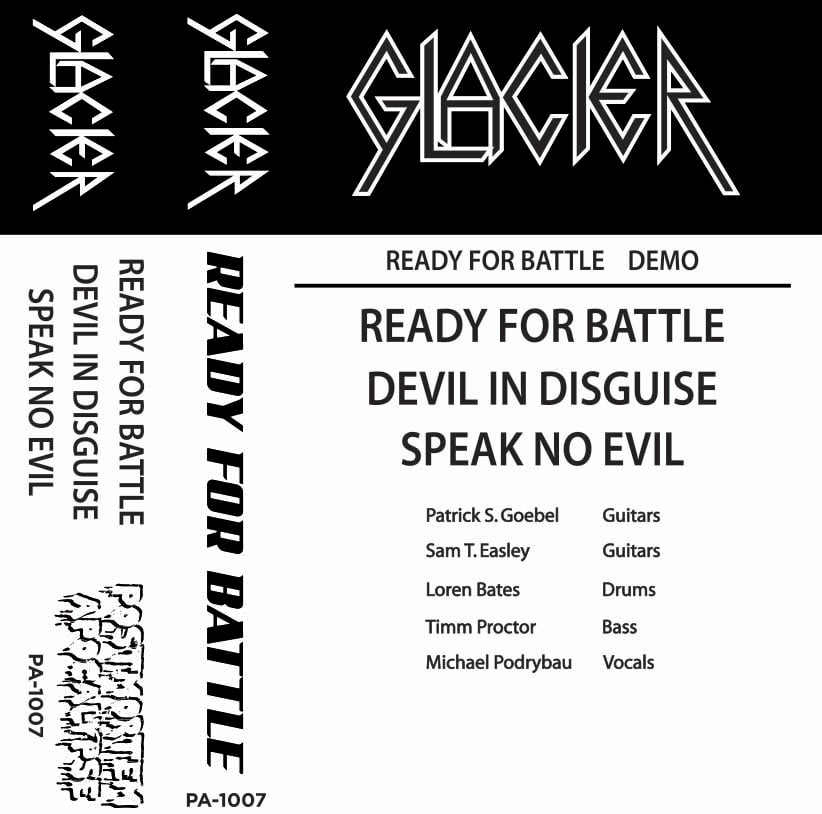 This special reissue coincides with Glacier's 2018 appearances at Northwest Metal Fest in Seattle [March] 2018 and Up The Hammers in Athens [May]. The audio was sourced from vocalist Michael Podrybau's private tapes - dubbed in the studio and bearing Northstar labels from 1985. Each of the three songs were on their own individual, unique tapes and this reissue reflects the nuances in mix and the original in-studio dubbing on separate tapes. The sound is warm and analog, true demo style and featuring some of the most underrated US power metal from this era, in our opinion! These songs later appeared on the cult 12" EP.

There are a total of 40 dubbed on vintage new old stock c30 tapes, 30 of which are marked "NWMF", numbered and exclusively available at Northwest Metal Fest! (SOLD OUT)

10 will be available here and numbered "PA Edition" - the rest of the first press of over 100 was pressed on standard c30s w/ hand screened paper labels. (SOLD OUT)