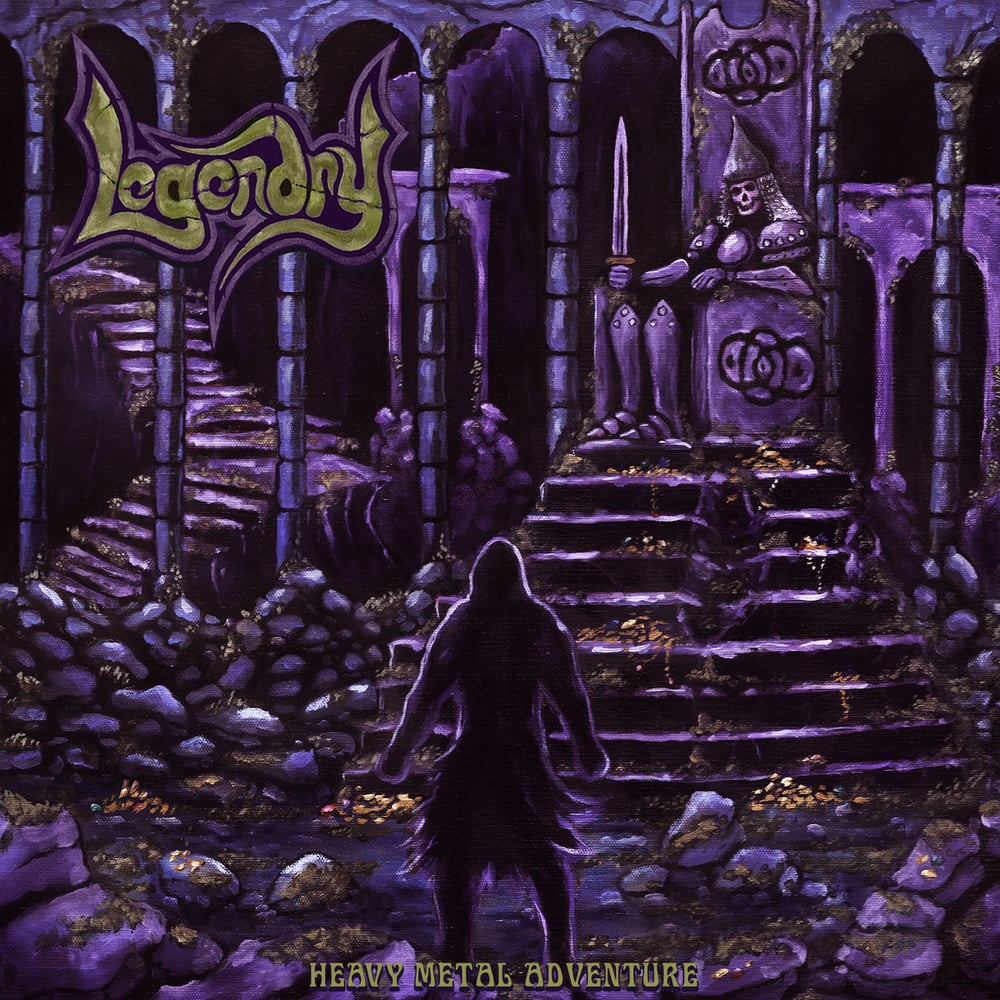 Returning as a duo, Vidarr and Kicker have journeyed once again through the Mists of Time to honor the roots and inspirations of the band with new recordings of three covers, and a wild proclamation of adoration for heavy metal music. Joining this time as a session player, Phil Ross IV has provided bass guitar accompaniment on all tracks.

Depicted in the cover art, we find the Earthwarrior: confronted by the remains of an ancient king, entombed upon a mighty throne and wearing the helm and bearing the sword which the Earthwarrior will return to the world of the living to wage battle against the evils of the planet known to him as Eyrn. Herein lays the beginning of his Heavy Metal Adventure.
credits
released August 28, 2020

Engineered and mixed by Vidarr at Highest Dungeon, Lowest Peak